My tractor for a wiki farm 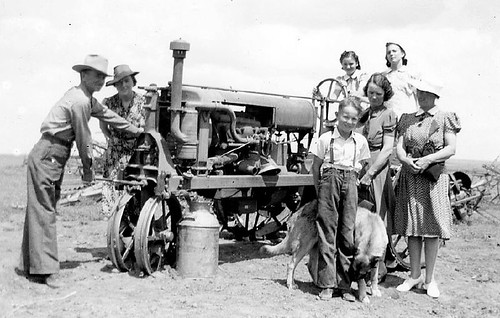 The recent annoucnement and sharing of the various extensions and code that enables user integration between WPMu and MediaWiki, I have once again returned to the idea of make the UMW Blogs Wiki a MediaWiki farm. The blog needs a new theme, I know, but more importantly, we need to be able to propagate new wiki installs for any faculty or student who may want to experiment more with this application.  We have slowed down the development around MediaWiki for a number of reasons: the absence of a WYSIWYG editor, spam hordes, and growing belief that anything you can do in a wiki you can do in a blog better—-which is an idea I continually flirt with, even though the applications are radically different in conception and design and I am most likely blinded by my WordPress habit. I’m also of the opinion that the wiki is best used by a very few people or many, many people, the middle-space seems to be where wikis go to die, but once again this is more a feeling than a theory.

With all that said, I know the wiki isn’t dead. And the integration of MediaWiki and WPMu at UMW Blogs may be the first step along the route of my rehabilitation. I installed the extensions and got the integration up and running without a hitch, save the re-direct issue back to the article after signing in from MediaWiki—an issue that is being worked on currently. The realization of integration has prompted me to experiment more with wiki farms which I am committing to this Summer (and may actually happen give n that Joss Winn is also interested, and he actually knows what he is doing), but in the interim, here are a couple of extra quick hacks that allowed me to shut down editing for un-authenticated users (read spam control), as well as preventing anyone from creating a new account through the MediaWiki install, mainly because all registrations are now handled through WPMu.

To prevent editing by un-authenticated users add this line to the LocalSettings.php file:

To prevent users from creating  accounts on the MediaWiki install add this line to the LocalSettings.php file:

That’s it, it ain’t much, I know, but now whenever anyone logs into UMW Blogs, they can simply head over the UMW Wiki and have full editing rights.  Now, if we could just allow anyone within the UMW Blogs community to quickly and easily create their own wiki within this wiki….that’s the real trick and hopefully I’ll have something to blog about as I experiment more and more with this possibility.