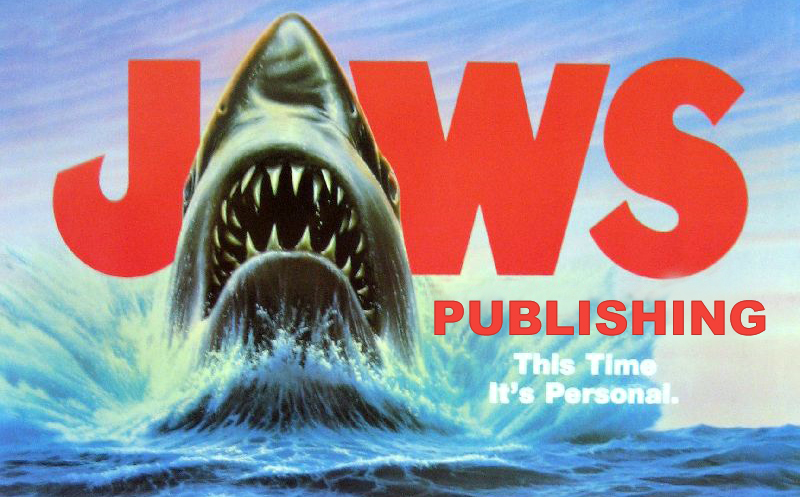 The NMC’s 2009 Horizon Report lists “The Personal Web” as one of the developing trends for educational institutions over the next 2 to 3 years. They define it as follows:

Part of a trend that began with simple innovations like personalized start pages, RSS aggregation, and customizable widgets, the personal web is a term coined to represent a collection of technologies that confer the ability to reorganize, configure and manage online content rather than just viewing it. Using a growing set of free and simple tools and applications, it is easy to create customized, personal web-based environments — a personal web — that explicitly supports one’s social, professional, learning and other activities via highly personalized windows to the networked world.

This is something UMW’s Division of Teaching and Learning Technologies has been pushing for a few years now. It might be understood as our philosophy, or perhaps montra, when it comes to using web-based applications for teaching and learning: use tools that are simple, flexible, open, and your own. That last point gets to the heart of the personal web as it relates to educational institutions—what does it mean to tell members of an intellectual community that the work they do online is their own? Moreover, what does it mean to push the members of a university community to take ownership of what they publish. To push them to think about what they produce as theirs—not the university’s—which they can take with them when and if they move on. A departure from the proprietary logic of most web-based content at universities in order to redefine the relationship on the web as a dynamic conversation between people within a community, rather than a consolidated and centralized brochure image of an institution. I’ve talked about this idea at length with regards to UMW Blogs, but now I have some excellent examples: 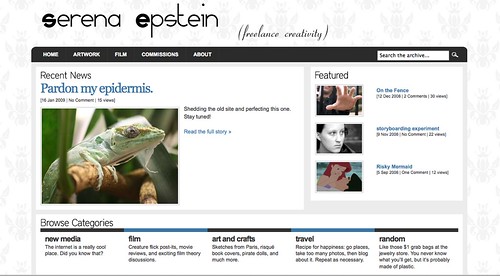 Serena Epstein, a student at the University of Mary Washington, had been blogging her academic, work through the university hosted publishing platform over the course of three years for at least five different courses. Recently she exported all of her work from the university hosted blogging system and imported it all into her own domain space that she purchased and hosts for less than $8 per month. In effect, she has maintained control of the work she has done over the course of her college career and has integrated it into her own space effectively taking ownership of her own archive.

Rachel Rocklin (a.k.a. Rax) is part of Claudia Emerson’s “Professional Practices in Publishing” course this semester, and she is a member of one of three groups in this course that are tasked with creating an online journal. This course is currently in its third incarnation, and you can see the previous journals created over the last two years here. Rachel’s group recently asked me how easy it would be for them to have their Literary Journal hosted on UMW Blogs, but be associated with a unique domain of their own. So, for example, rather than having their journal at http://ripple.umwblogs.org they wanted it at http://ripplejournal.org.

Well, this was a chance to finally push ahead with a self-service model for mapping domains, so I told her to purchase the domain at Godaddy.com (which is the provider I have tested this with at the moment–though any of them should work) and follow the directions I created on the fly here. Lo and behold, their journal had its own unique address—although still hosted on UMW Blogs—within minutes. Rachel attested to the fact it was dead simple, which confirms the idea that anyone within the UMW community could do this on their own without fuss.

So, what does this all mean? Well, from these two examples a couple of things come to mind:

First, students like Serena not only published some amazing work for a variety of courses during her time at Mary Washington, but she can also export that work and take it with her as she is getting ready to graduate. What she has built is something more than an eportfolio, it is a collection of work that has framed her online identity as a student/scholar at UMW for the past three years. Moreover, by bringing it all under one domain, I think her relationship to the numerous blogs she had while working through her courses helped her imagine how to frame this all within her own, unified domain, and then hang the other elements of her identity off of this space, such as her photos on Flickr, her twitter accounts, videos, etc. It became her aggregation of various, fragmented identities that she can then further re-imagine, change and configure.

Second, when Rachel mapped a domain onto UMW Blogs with no “technical” assistance, she re-defined the relationship of that journal to UMW. It may be created by students in professor Emerson’s class but, more importantly, it is theirs. They can name it! They can export all the work and seamlessly build that journal on an externally hosted space with the same URL—something which would be true of anyone who mapped a domain on UMW Blogs. It’s an intermediary step to everyone coming in with their own web hosting space and domain, but I think it’s an important one, just as universities providing email addresses a fifteen years ago was important. How would controlling their own domain change the idea of ownership of what they do? And the fact that it is simple to do, begs the question why don’t we do it?  Why don’t we encourage students and faculty to map their own domains onto UMW Blogs as a step to thinking about the questions surrounding online identity(ies), eportfolios, etc., in a more complex and rich way. One which invites real questions about what this emerging, networked landscape means for identity, presence, literacy, etc.

A couple of people have expressed concern that only 20 or 25% of the students and faculty would do such a thing. And my response to this is exactly!, 1000 people at UMW who are thinking through this question together is an amazing thing, something heretofore unprecedented at any university I am aware of. And you know what, it will cost those folks less than $10 a head for a year. And it’s all possible because we are using an open source, dynamic publishing application that is premised around the idea of the personal web as a personal publishing platform. Not only can we do it, but we’re gonna!